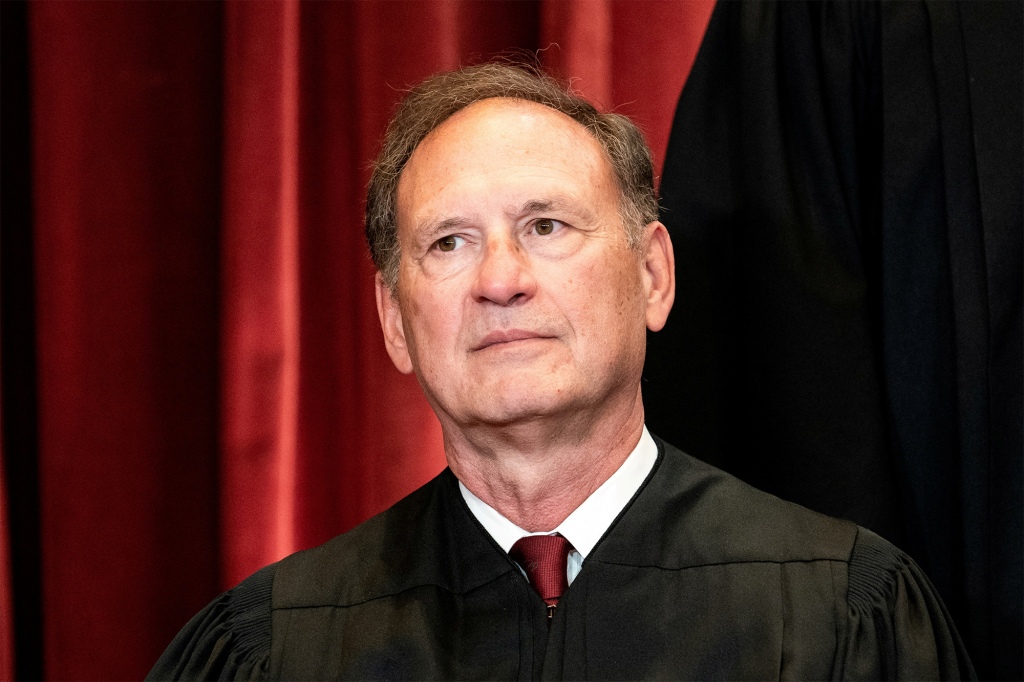 Supreme Court Justice Samuel Alito did something Wednesday justices almost never do. He announced how the court would rule in a future case.

Alito made the stunning pronouncement that if Yeshiva University loses to the YU Pride Alliance in New York state courts, the Supreme Court will “likely” take the case and “Yeshiva would likely win.”

That is the big news, not the court’s procedural decision to postpone intervening until Yeshiva has exhausted state-court remedies. Alito’s prediction should buoy the hopes of believers everywhere, no matter their religion.

Christianity is 2,000 years old, and Jewish teachings are even older. LGBTQ advocates are demanding these faiths change their tenets overnight to accommodate gay rights, and many politicians agree. The court’s view is: not so fast.

LGBTQ advocates sued Yeshiva to compel it to recognize the YU Pride Alliance as a university club with funding and listing in school publications. Yeshiva refused, explaining that its mission “is to instill Torah values in its students.” Yeshiva welcomes LGBTQ students, but it will not put the university’s imprimatur on clubs or activities — such as gambling, video games or sex outside traditional marriage — that violate timeless Torah values.

A New York state trial court in June ordered Yeshiva to recognize the club. Yeshiva asked the US Supreme Court to intervene. On Wednesday, the justices voted 5-4 to hold off until the university has exhausted all avenues at the state level. The vote was widely reported as a defeat for Yeshiva. Only in the short run. It was a procedural victory for YU Pride Alliance (and federalism), but it will be short-lived.

Alito, penning a dissent that Justices Clarence Thomas, Neil Gorsuch and Amy Coney Barrett joined, laid the groundwork for the university’s ultimate victory on the merits.

He asked: “Does the First Amendment permit a State to force a Jewish school to instruct its students in accordance with an interpretation of the Torah that the school . . . has concluded is incorrect?” The answer, he said, “is surely ‘no.’”

The American Civil Liberties Union invariably sides with LGBTQ advocates, claiming they’re battling intolerant people who use religion as an excuse to discriminate.

The ACLU is wrong. The battle isn’t about a single right; it’s about two: the right of LGBTQ individuals to be protected from bias and the First Amendment right of all Americans to practice their religion.

To protect religious freedom, the federal Department of Education has routinely granted exemptions to religious colleges and universities to practice their religious tenets, even when they conflict with LGBTQ rights protected under Title IX.

The exemption applies to 120 of the 5,300 institutions of higher education in America — leaving LGBTQ rights protected on the vast majority of campuses and LGBTQ students free to choose them.

The Religious Exemption Accountability Project, an advocacy group, is suing to overturn exemptions. The Biden administration has also launched civil-rights investigations against several of the colleges.

Some Christian schools are modifying their codes of conduct, reports the American Bar Association, by lifting their ban on same-sex dating while continuing to bar all sex outside traditional marriage. Shirley Hoogstra, president of the Council for Christian Colleges and Universities, has urged members to find “common ground” with LGBTQ advocates without abandoning their key beliefs.

These Christian colleges and universities are siding with Yeshiva. Their fates are linked. At stake is the freedom to teach religious beliefs on a campus that puts them into practice.

Advocating for LGBTQ rights is popular, while the left considers religious rights second-class. But the Supreme Court is poised to correct that. The court’s majority apparently understands what politicians ignore: When it comes to rights, you can’t pick and choose. All rights have to be protected to have a free society, not just rights popular at the moment.

The court’s duty, wrote Alito, “is to stand up for the Constitution even when doing so is controversial.”

Betsy McCaughey is a former lieutenant governor of New York.